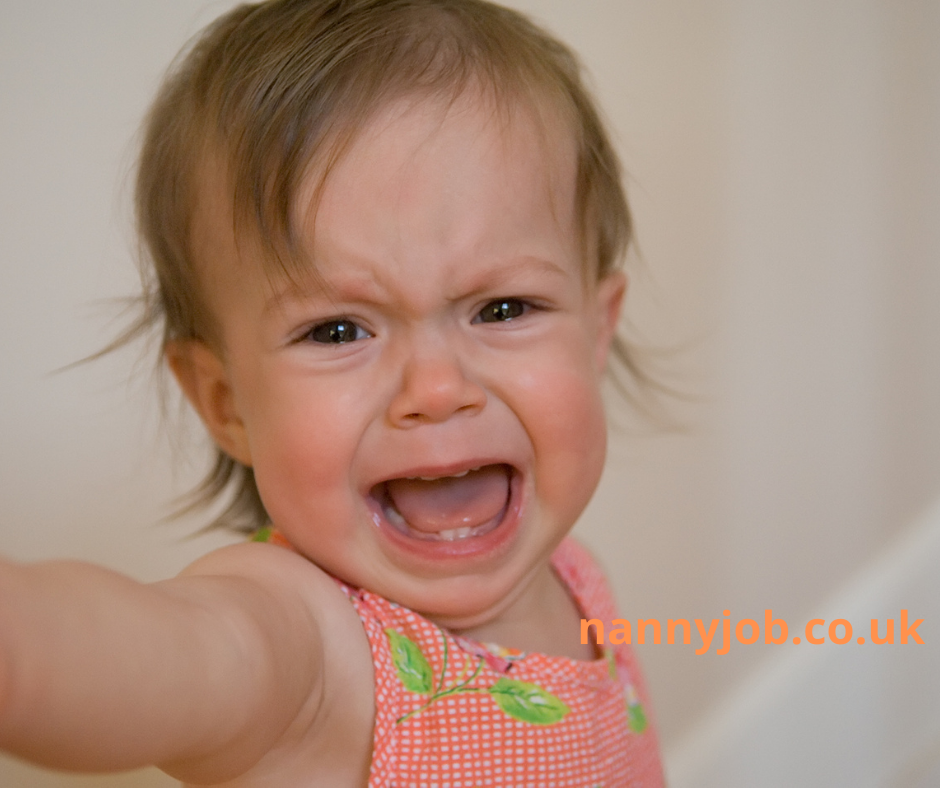 Parents and childcarers – nannies, childminders, aupairs or nursery staff – are almost all familiar with the tantrums, but there can be differences of opinion on how to deal with them.

As a childcarer it’s difficult to bring up a sensitive subject. Tantrums are an entirely normal phase of development, coming from a child’s desire to show their independence and assert themselves or an inability to communicate, and intellectually parents know that but no-one likes to hear that their child has been ‘misbehaving’.

Parents may not share details of the behaviours with childcarers, perhaps feeling that it’s a reflection on their parenting skills, or perceived lack thereof. Children do often save their worst behaviour for their parents but it is not a sign of weakness to make others aware of facts.

It’s important that neither party shies away from discussing the issue. The best way to deal with tantrums is a consistent approach from everyone involved. That way a child quickly learns what the limits are and that having a paddy isn’t an effective way of getting what they want. Communicating also allows parents and childcarers to share tips and tricks. Parents may know what frustrates their child and be adept at handling it so sharing that information with their child’s carer is vital to help prevent tantrums. Childcarers may be able to offer strategies that have worked with other children or reassure parents that their child is indeed learning to deal with frustration and that the tantrums will soon decrease.

Toddlers especially need to make sense of the world. It’s reassuring for them to have a set of consistent rules and boundaries, consistent positive attention for good behaviour and a consistent response to a tantrum. It’s especially important that everyone is on the same page when it comes to safety. Communicating about expectations and accommodating each other’s practices where possible makes the transition as easy as possible for children and avoids unnecessary tantrums.

Children also need autonomy. Some adults are inclined to say ‘no’ to anything out of the ordinary, even when it’s perfectly possible to accommodate a request, and others will bend over backwards to comply. Obviously in group childcare settings it’s more difficult to deal with individual whims, and it doesn’t do any good to spoil children by giving in to them all the time, but by working together parents and carers can agree what will or won’t be accommodated.

Finally, while it’s important to communicate between adults it’s also important not to let what happens when you aren’t there affect your relationship with a child. Sharing information should help you understand and deal with tantrums, but it needs to be done sensitively and with respect.